(Steve Ray here: It is amazing how many people today are rejecting the papacy of Pope Francis, claiming that Pope Emeritus Benedict XVI is really the pope. It comes up on my Twitter and Facebook accounts almost daily. Even though Canon Lawyer Ed Peters wrote his legal opinion in 2017, it is just as apropos now, maybe even more. The publication of the new Ignatius Press book has brought out speculations and challenges from every quarter. I support Ignatius Press and Cardinal Sarah 100% in the truth of their claims regarding the co-authorship of the book between Sarah and Benedict and their decision to publish it. But this again raises the question for many about the validity of Francis’ papacy and the chaos in the Vatican.

(Peters’ opening Note: I am giving this one shot. If it sways some adherents of the ‘Francis-was-never-pope’ group, great; but if it only reassures observers who, regardless of what they think about how Francis is governing, are disquieted by the suggestion that his papacy itself is a chimera, that satisfies me as well.)

Two small but persistent arguments attack the very foundation of Francis’ papacy: first, Benedict XVI’s resignation was invalid (take your pick as to reasons why, but mostly because of pressure allegedly brought on Benedict, as supposedly evidenced by his resignation wording), so there was no vacant Holy See to fill, and so a conclave could not elect a pope; or, second, various irregularities were committed before or during the conclave itself, so the election of Francis was invalid. 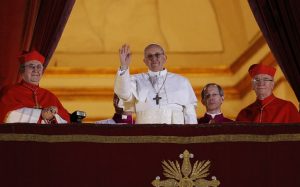 Both sets of arguments are offered in inexcusable ignorance of Canon 10 (which sets a high standard indeed for declaring any kind of ecclesiastical acts invalid, etc.), but the arguments alleging the invalidity of Benedict’s resignation are so vacuous that no time will be spent refuting them here.

On the other hand, some (okay, basically one) of the claims that irregularities allegedly committed in the conclave itself resulted in an invalid election do have a modicum of plausibility and deserve at least a brief hearing. So here goes.