PrevPreviousThe Barbaric Act of Aborting a Baby…Videos Explaining 1st, 2nd, and 3rd Trimester Abortions.
Next“Be not ashamed of the Cross of Christ; but though another hide it, do thou openly seal it upon thy forehead”Next

You may want to send a copy of Cardinal Sarah’s official Vatican pronouncement to your bishop! It is time we stop this craziness and get back to Mass and worshiping our Lord Jesus Christ and fellowshipping with one another. We have been silent long enough. Now Rome speaks out in support of the churches opening and sacraments being open and available again.

ROME — The Vatican has issued a letter to the world’s bishops urging the resumption of public Sunday Masses, stressing that “it is necessary and urgent to return to the normality of Christian life.”

The letter from the Congregation for Divine Worship and the Discipline of the Sacraments to the presidents of the Episcopal Conferences, titled “Let us return to the Eucharist with joy!”, was released on Saturday morning and published in the Vatican newspaper L’Osservatore Romano. 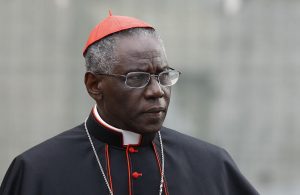 The “community dimension” of Christian worship is essential, the cardinal writes, and constitutes “a fundamental trait of Christian life,” according to Jesus’s teaching that “Where two or three are gathered in my name, there am I among them.”

During coronavirus lockdowns, many countries made a distinction between “essential” and “non-essential” activities, often judging public worship as belonging to the latter category, something the cardinal suggests was a mistake.

The Bishops should act firmly to ensure “that the participation of the faithful in the celebration of the Eucharist is not downgraded by the public authorities to a ‘gathering,’ and is not considered as comparable or even subordinate to forms of recreational assemblies,” he writes.

Cardinal Sarah’s words echo those of Cardinal Raymond Burke, a canon lawyer and the former head of the Vatican’s supreme court, who wrote in March that Church leaders must avoid treating places of worship more like cinemas and stadiums than pharmacies and supermarkets, because it sends a message that the sacraments and public prayer are not essential to the lives of Christians.

“In our totally secularized culture, there is a tendency to view prayer, devotions and worship like any other activity, for example, going to the cinema or to a football game, which is not essential and therefore can be cancelled for the sake of taking every precaution to curb the spread of a deadly contagion,” Cardinal Burke wrote at the time. 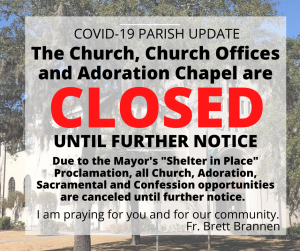 “Therefore, we cannot simply accept the determinations of secular governments, which would treat the worship of God in the same manner as going to a restaurant or to an athletic contest,” Burke added.

In his recent letter, Cardinal Sarah also stresses that online streaming is no substitute for public worship as a community since “no transmission is equivalent to personal participation or can replace it.”

“Indeed, these transmissions, by themselves, risk distancing us from a personal and intimate encounter with the incarnate God who gave himself to us not in a virtual way, but really, saying: ‘Whoever eats my flesh and drinks my blood remains in me and I in him,’” the cardinal wrote. “This physical contact with the Lord is vital, indispensable, irreplaceable.”

As soon as possible, the cardinal urges, “it is necessary to return to the Eucharist with a purified heart, with a renewed amazement, with an increased desire to meet the Lord, to be with him, to receive him in order to bring him to the brothers with the witness of a life full of faith, of love and hope.”

“We cannot live as Christians without the banquet of the Eucharist, the Lord’s table to which we are invited as children and brothers to receive the Risen Christ himself, present in body, blood, soul and divinity in that Bread of heaven that sustains us in joys and labors of the earthly pilgrimage,” he asserts.

The cardinal also notes that “proper attention to hygiene and safety rules must not lead to the sterilization of gestures and rites, or to spreading, even unconsciously, fear and insecurity in the faithful.”

In this regard, “liturgical norms are not matters on which civil authorities can legislate, but only the competent ecclesiastical authorities,” he insists.